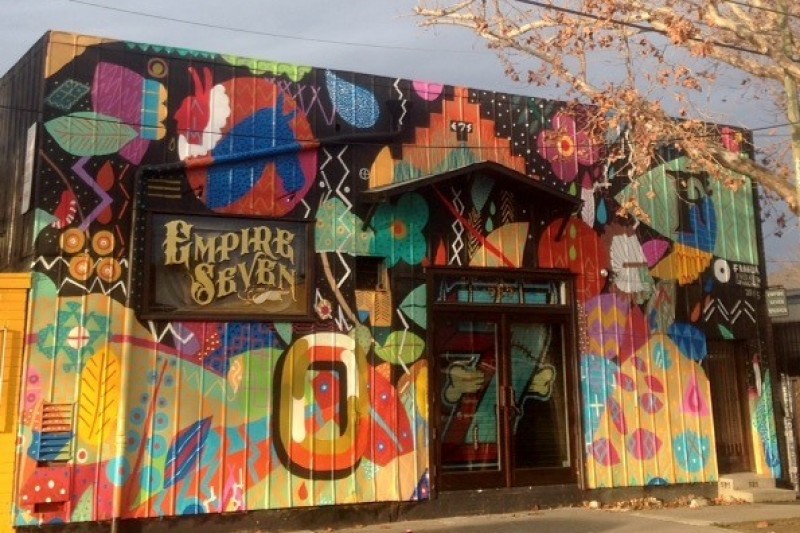 Legacy. Legacy is the idea that after a lifetime, something tangible still remains of an individual’s or group of individuals’ work, words, or actions. Right now, the Bay Area, and more specifically, the South Bay/Silicon Valley region is at another heyday peak. The last time this area has seen this number of tech jobs was in 2000, and economic growth and economic production is currently second in the nation. If the wealth is here now, how does the idea of legacy manifest itself in Silicon Valley today, and beyond into the next fifty years? Because if there’s one truth about Silicon Valley, it is that success is fleeting, and so is wealth.

With wealth comes great responsibility, not only to the individual and the individual’s family, but also  a responsibility to the local community, to the culture, and to the identity of the very place that helped foster that wealth. This connection between philanthropic responsibility and community is exemplified in thousands of cities and regions all over the world. Places where decisions have been made for decades and in some cases over centuries, to support culture, to give back and make a community better. In some cities, being a responsible giver is so prevalent, that it has become ingrained into the mentality of the culture. If you are financially successful, you are expected to give back to the community.

Silicon Valley has been a slow adopter of this mentality. Of course there are exceptions, but in general Silicon Valley has yet to adopt a cultural legacy that connects wealth generation, with supporting the local community and culture. In 2012, San Jose ranked 48th out 50 in How Much People Give in the Largest Cities. But Silicon Valley often thinks and looks globally when solving problems, when creating products, and when giving. Maybe, to use Silicon Valley jargon, local giving has failed as a viral social platform.

But now is the time to create a local giving legacy in San Jose and greater Silicon Valley. As cultural groups and institutions daily struggle to get the basic support that allows them to keep the lights on, and now in many cases, to even afford the luxury of a dedicated space to work or show art, the wealth of the region seems further out of reach than ever. Where are the new libraries, the new schools, the new institutes, the new theaters, the new concert halls, the new museums, the new galleries, those identifiers of a thriving culture, community, and economy? Will our culture be relegated to the corporate campus? If we don’t support our culture now, during a time of economic prosperity, we will never support it when the economy slows, or far worse if the tech industry were to leave entirely.

The possibility of the entire tech industry leaving Silicon Valley seems completely implausible, right? Wrong. Detroit is a perfect example of what happens when an industry and an economy leaves en mass. Yes, that Detroit that has become the punchline to most jokes about how far a city can fall into disrepair, and that Detroit which was the mecca for the car and the design industries in American only a half century ago, much like Silicon Valley is the mecca of technology today. That Detroit of fifty years ago, could have never imagined the Detroit of today, and yet, it happened. There are many differences between Detroit then, and Silicon Valley now, but one of the things Detroit got right, was a legacy of local giving. Detroit today is still seeing tremendous amounts of philanthropic partners working in the city, being the catalyst to what is turning out to be a much shorter recovery than first anticipated. But the quick recovery is in part to Detroit’s wealth from an era ago, which is still impacting art, design, and public space today. In December 2015, Detroit was the first American city named as a city of design by UNESCO, an honor recognizing the city’s legacy and commitment to promote cultural and creative industries.

San Jose can learn from Detroit’s successes and failures. We should be examining what is important in our city’s life and re-framing our current philanthropic attitude. We need a new legacy that creates a cultural bedrock of support for crucial cultural institutions(both formal and informal), and that allows for new groups, individuals, and ideas to flourish, and grow. We need to embrace our cultural community. That means we need to do more than a “Like” or a “retweet.” It means opening up our wallets individually.

So beyond the corporate campus, what will remain of 2016 Silicon Valley culture? What is the life’s work of a prosperous and highly educated collective of human capital? A smart phone? An autonomous car? These are the products representative of the region, but not of the culture. Will our future generations be able look back to 2016 and say we were able to harness the wealth of region, in a way that created a legacy of place, of identity, and of cultural relevance? Or will they see Silicon Valley only as a state of mind?